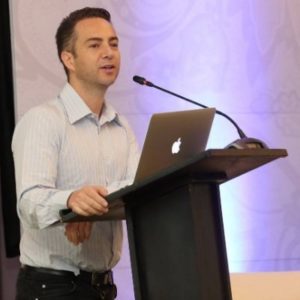 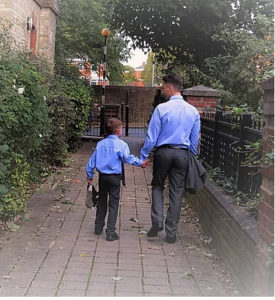 Professor Theo Gavrielides, PhD, is a legal philosopher and a restorative justice expert. He is the Founder and Director of the Restorative Justice for All (RJ4All) International Institute, which aims to advance community cohesion and redistribute power through education and the values of restorative justice. He is also the Founder and Editor-in-Chief of RJ4All Publications, which is the publishing arm of the RJ4All International Institute. In 2021, Professor Gavrielides received The Liberty of the Old Metropolitan Borough of Bermondsey award as part of the Southwark Civic Awards 2020 for his contribution to the community during difficult times.

In 2001, he founded The IARS International Institute, a user-led charity. In 2020, almost 20 years since IARS’ establishment, he stepped down.

He is the Editor-in-Chief of the peer-reviewed journals:

Some of his volunteering roles include being a trustee of the Anne Frank Trust, a Governor at Albion Primary School, an Advisory Board Member of the Institute for Diversity Research, Inclusivity, Communities and Society (IDRICS) and as a Member of the Scrutiny and Involvement Panel of the Crown Prosecution Service.

Previously, he was the Chief Executive of Race on the Agenda, a social policy think-tank focusing on race equality. He also worked at the Ministry of Justice as the Human Rights Advisor of the Strategy Directorate. There, he worked on the Human Rights Insight Project, which aimed to identify strategies that will further implement the principles underlying the Human Rights Act and improve public services. He also advised on the Ministry’s Education, Information and Advice strategy. During 2002-2004, he worked as a Researcher at the Centre for the Study of Human Rights of the London School of Economics and Political Science (LSE).

He is also a legal counsel specialising in criminal law, human rights and EU law. He taught criminal law and common law reasoning and institutions at the University of London, and have acted as a human rights and criminal justice advisor for various chambers and policy bodies including the Independent Advisory Group of the London Criminal Justice Partnership.

Prof. Gavrielides has published extensively. His 2007 monograph “Restorative Justice Theory and Practice” was published by the European Institute for Crime Prevention and Control affiliated with the United Nations (HEUNI)  and his 2021 monograph “Power, Race & Restoration: The dialogue we Never Had” by Routledge.

His new monograph, Power, Race & Justice: The restorative dialogue we won’t have is due to be published in 2021 by Routledge.

This website uses cookies to improve your experience while you navigate through the website. Out of these cookies, the cookies that are categorized as necessary are stored on your browser as they are essential for the working of basic functionalities of the website. We also use third-party cookies that help us analyze and understand how you use this website. These cookies will be stored in your browser only with your consent. You also have the option to opt-out of these cookies. But opting out of some of these cookies may have an effect on your browsing experience.
Necessary Always Enabled
Necessary cookies are absolutely essential for the website to function properly. This category only includes cookies that ensures basic functionalities and security features of the website. These cookies do not store any personal information.
Non-necessary
Any cookies that may not be particularly necessary for the website to function and is used specifically to collect user personal data via analytics, ads, other embedded contents are termed as non-necessary cookies. It is mandatory to procure user consent prior to running these cookies on your website.
SAVE & ACCEPT
Translate »